The city in numbers

Distances from Kędzierzyn-Koźle to the biggest Polish cities. 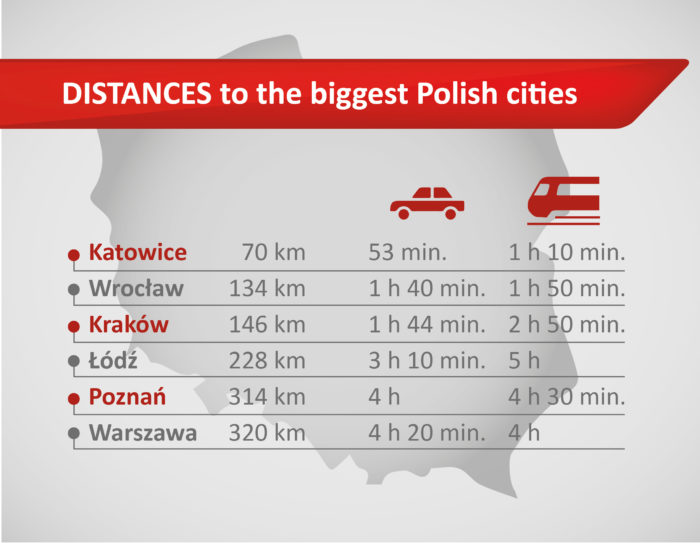 Distances from Kędzierzyn-Koźle to the nearest airports. 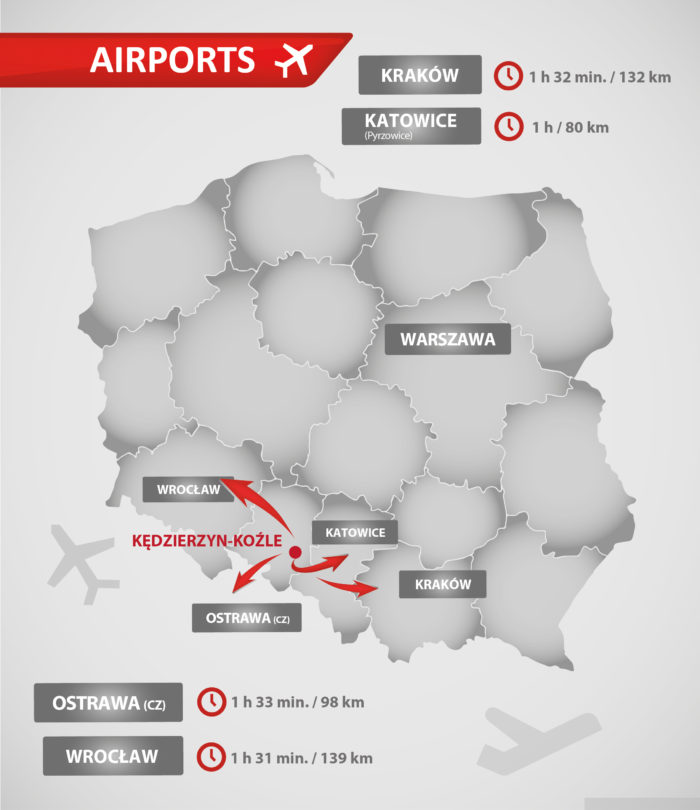 Communication
Owing to its  location in the central part of Europe, there are as many as six European capitals within 500 km from the city: Warsaw, Berlin, Prague, Vienna, Bratislava and Budapest, and three international airports within 140 km: Katowice, Wrocław, Kraków. Kędzierzyn-Koźle is situated at the junction of important traffic routs between metropolitan areas of Lower and Upper Silesia.  Four provincial roads (no. 408, 410, 423, 426) converge here and the city is crossed by the national road no. 40. There are a few entrances to the A4 motorway.
It is also an important railway centre in passenger and freight traffic, which is crossed by an international East-West railway main line which is to be connected with the European Railway Transport System. The city is located on the Odra Waterway where the Gliwice Channel meets the Odra and therefore it is connected by waterways with Szczecin, Bydgoszcz, Western Europe and Upper Silesia through Port Gliwice.

Distances to the state borders. 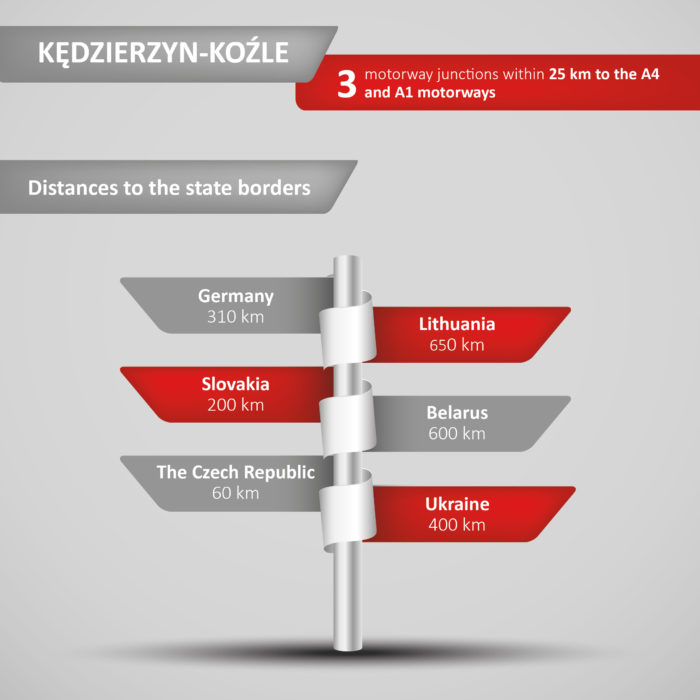 Distances from Kędzierzyn-Koźle to the nearest European capital cities. 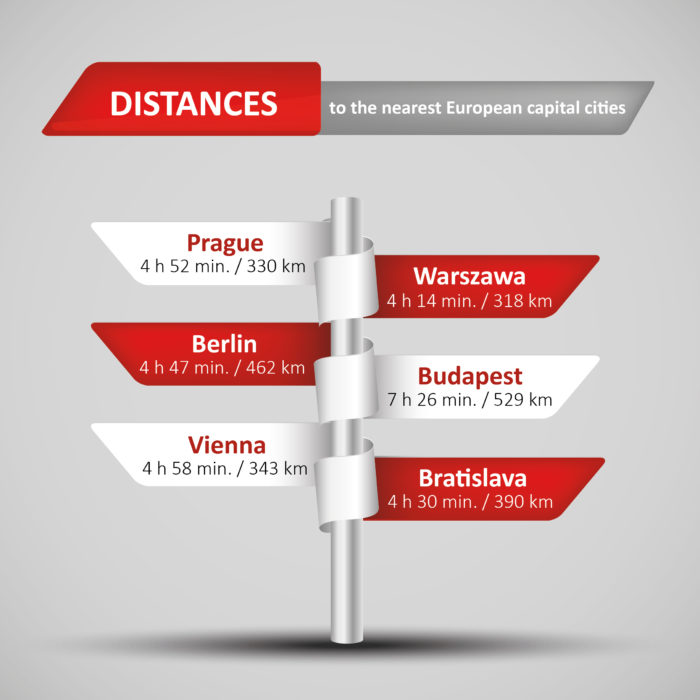 Education
Number of basic vocational schools in the country: 6 (27 classes)
→ Number of pupils: 430
Number of technical secondary schools in the county: 6 (69 classes)
→ Number of pupils: 1683
The city has qualified staff and a wide educational offer oriented on practical training. There are six vocational schools at basic and secondary vocational level, including the Inland Navigation School Complex. In 2016, the Technical University of Opole opened its satellite campus department  in Kędzierzyn-Koźle. The Department of Technical Systems Engineering educates students in the fields of: biotechnical systems and industrial information technology.
There are six institutions of higher education in the region of a full range of specializations. Each year about 6,500 secondary school graduates and 7000 of higher school graduates enter the labour market in the voivodship.
* data for the year 2016 based on http://opole.stat.gov.pl

We use cookies on our website to give you the most relevant experience by remembering your preferences and repeat visits. By clicking “Accept All”, you consent to the use of ALL the cookies. However, you may visit "Cookie Settings" to provide a controlled consent.
Cookie SettingsAccept All
Manage consent

This website uses cookies to improve your experience while you navigate through the website. Out of these, the cookies that are categorized as necessary are stored on your browser as they are essential for the working of basic functionalities of the website. We also use third-party cookies that help us analyze and understand how you use this website. These cookies will be stored in your browser only with your consent. You also have the option to opt-out of these cookies. But opting out of some of these cookies may affect your browsing experience.
Necessary Always Enabled
Necessary cookies are absolutely essential for the website to function properly. This category only includes cookies that ensures basic functionalities and security features of the website. These cookies do not store any personal information.
Non-necessary
Any cookies that may not be particularly necessary for the website to function and is used specifically to collect user personal data via analytics, ads, other embedded contents are termed as non-necessary cookies. It is mandatory to procure user consent prior to running these cookies on your website.
SAVE & ACCEPT